Hello there! I'm Meghan. Thanks for checking out my blog! Despite having recently turned 30, I haven't lost my sense of child-like wonder for the world around me. I've been making up stories my whole life: My imaginative play with toys as a child has grown up with me, maturing into my imaginative wordplay with fantasy and sci-fi novels, as well as free-verse poetry. I thrive on creating something with my hands and with my mind, using my pen or my keyboard. When I'm not working, you'll find me reading, writing, or knitting. When I'm not doing any of these things, I'm definitely asleep! Netflix is my go-to for watching videos, with YouTube being a close second. While I don't play very much anymore, I really like open-world video games like Skyrim. When I'm home, you can find me hanging out with my two sweet golden-girl retrievers, Bentley and Charlie. My friends, family, dogs, and fiancé Rory are all important anchors in my life. Thanks for reading! Happy blogging!

Countdown until 7 years on WordPress.July 11, 2021
It's official! I've been blogging for 7 years! 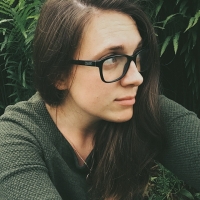 When you’re with the one you love, every day should feel like an adventure.

Rob is an accountant. He’s a straight-laced, by-the-book kind of guy. When he hooks up with a younger guy who’s in his 20’s at a bar, Rob does his best to forget about the guy, chalking it up to an experience he probably won’t have ever again.

Alex is a fly-by-night kind of guy, working at a moving service for all kinds of people. When he happens to get a job where he’s helping Rob move his parent’s stuff out of their old house–learning that both of Rob’s folks passed away–they bump into each other. Awkwardness and sexual tension ensues. As Alex and Rob make a connection with one other as they move stuff out of Rob’s parents house, they long to be closer to one another.

END_OF_DOCUMENT_TOKEN_TO_BE_REPLACED

Porter and Graves are two guys trying to make their way in the indie music industry. Les Graves is the bad boy, a run-around, the sexy lyricist, and secretly head-over-heels for his band mate Evan Porter. Evan’s still coming to terms with his feelings for Les. The two have been a dynamic duo, working their way up from the top trying to make a name for themselves. When a threesome brings about suggestive material, suggesting that the guys were a couple, their manager suggests that the two make the best of the hand they’ve been dealt and pretend to be in a relationship–to help their sales. Their last album wasn’t so hot.

While at the cabin where the two have written their previous albums, Les and Evan must either keep up the charade that they are a couple, or actually air out their inner turmoil about each other. They must also come to terms with what a real relationship could mean for their fans, their music, and for themselves.

END_OF_DOCUMENT_TOKEN_TO_BE_REPLACED

Thriving in pages and the world of words.

A daily selection of the best content published on WordPress, collected for you by humans who love to read.

The Happy Indian Goddess
In Spec
The World Past Me

Not all those who wander are lost. ~ JRR Tolkien

It's a dangerous business, going out your door...

It's a Britta Bottle!

Small Stories of a Twenty-Something Adventuring Through Life